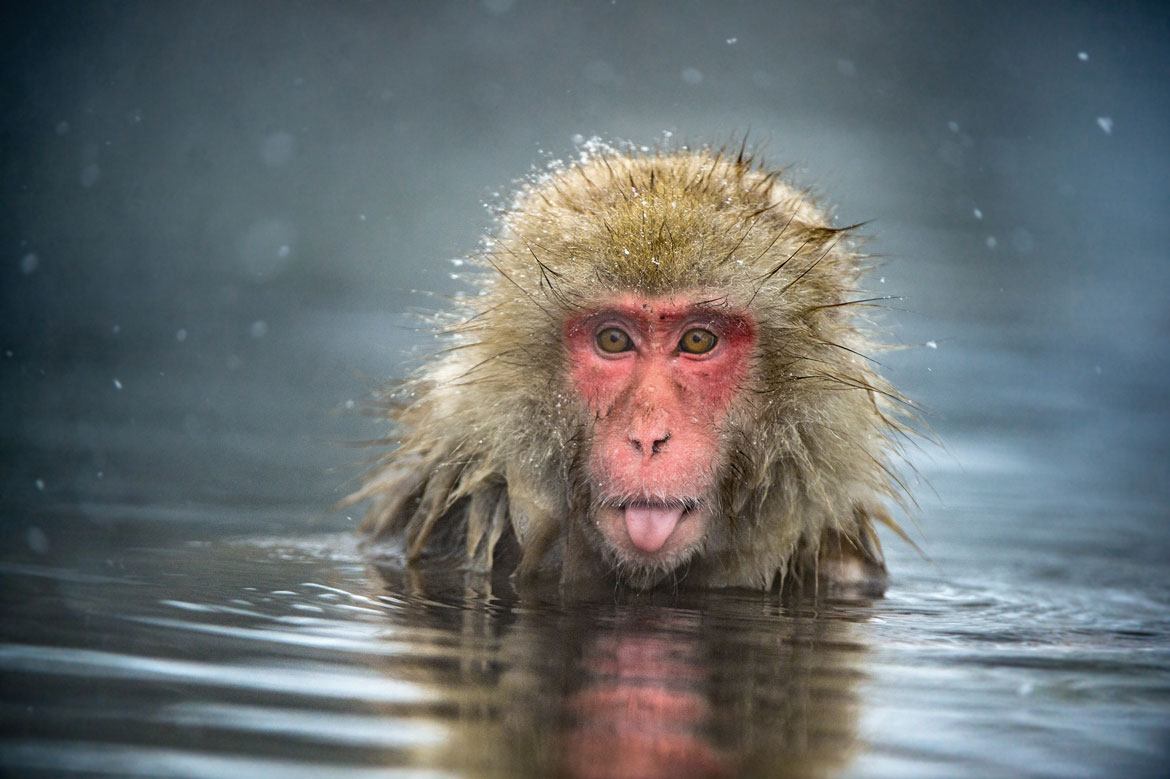 While preserving blue gold is a real societal issue, a recent study suggests that humans have evolved to function with lower water consumption than their closest primate relatives.

When you think about what distinguishes humans from chimpanzees and other apes, you might think of their large brain or the fact that they move on two legs rather than four. But we have another distinctive feature: the rational use of water.

That's what emerges from a new study that, for the first time, accurately measures how much water humans lose and replace each day compared to their closest living animal relatives.

Our bodies are constantly losing water: when we sweat, when we go to the bathroom, and even when we breathe. This water must be replenished to keep the volume of blood and other bodily fluids within normal limits.

However, research published on March 5 in the journal Current Biology show that the human body uses 30 to 50% less water per day than its closest animal cousins. In other words, among primates, humans have evolved into a low-flow model.

According to the study's lead author, Herman Pontzer, associate professor of evolutionary anthropology at Duke University (United States), it is possible that ancient change in the human body's ability to conserve water allowed our hunter-gatherer ancestors to venture further from streams and water points in search of food.

« Just being able to go a little longer without water would have been a huge plus when early humans began to live in dry savannah landscapes. Said Mr. Pontzer.

The study compared the water renewal of 309 people with different lifestyles, ranging from farmers and hunter-gatherers to office workers, with that of 72 monkeys living in zoos and sanctuaries.

To keep fluid balance within a healthy range, the body of a human or any other animal is much like a bathtub: " The water entering must equal the water exiting », Explains Pontzer.

If we lose water by sweating, for example, the body's thirst signals are triggered and invite us to drink. If you drink more water than your body needs, the kidneys get rid of excess fluid.

For each individual participating in the study, the researchers calculated water intake through food and drink on the one hand, and water lost through sweat, urine, and the digestive tract on the other.

When they added up all the inlets and outlets, they found that the average person treats about three liters, or 12 cups, of water per day. A chimpanzee or gorilla living in a zoo consumes twice as much.

According to Pontzer, the researchers were surprised by these results because, among primates, humans exhibit an astonishing ability to sweat. Per square centimeter of skin, " humans have ten times more sweat glands than chimpanzees », Explains the scientist. This allows a person to sweat just under 2 liters during a one hour workout.

Add to that the fact that great apes - chimpanzees, bonobos, gorillas, and orangutans - lead lazy lives. " Most great apes spend 10 to 12 hours a day resting or feeding, then they sleep for 10 hours. They really only move a few hours a day ».

But the researchers took into account differences in climate, body size, and factors such as activity level and calories burned per day. They therefore concluded that water savings for humans were real and did not depend solely on where they lived or their level of physical activity.

These results suggest that something has changed in the course of human evolution, reducing the amount of water our bodies use each day to stay healthy.

Then like today, we could probably only survive a few days without drinking, said Herman Pontzer. " You probably don't break that eco-friendly leash, but at least you get a longer one if you can go longer without water. »

The nose at the origin of this evolution of the human hope?

The next step is to determine precisely how this physiological change occurred.

One hypothesis, suggested by the data, is that our body's response to thirst has been readjusted so that overall we need less water per calorie compared to our monkey parents. Even when we are babies, long before our first solid diet, the water-to-calorie ratio of human breast milk is 25% lower than that of the milk of other great apes.

Another possibility arises. Fossil evidence suggests that around 1,6 million years ago, with the appearance of Homo erectus, humans began to develop a more prominent nose. Our gorilla and chimpanzee cousins ​​have a much flatter nose.

The nasal passages of the human being thus help him to conserve water by cooling and condensing water vapor from the air expired, turning it into liquid inside the nose where it can be reabsorbed.

Having a more prominent nose might have helped early humans retain more moisture with each breath.

« Still a mystery to be solved, but it's clear that humans are conserving water Said Pontzer. " The next step is going to be figuring out exactly how we get there, and that will be a lot of fun. »