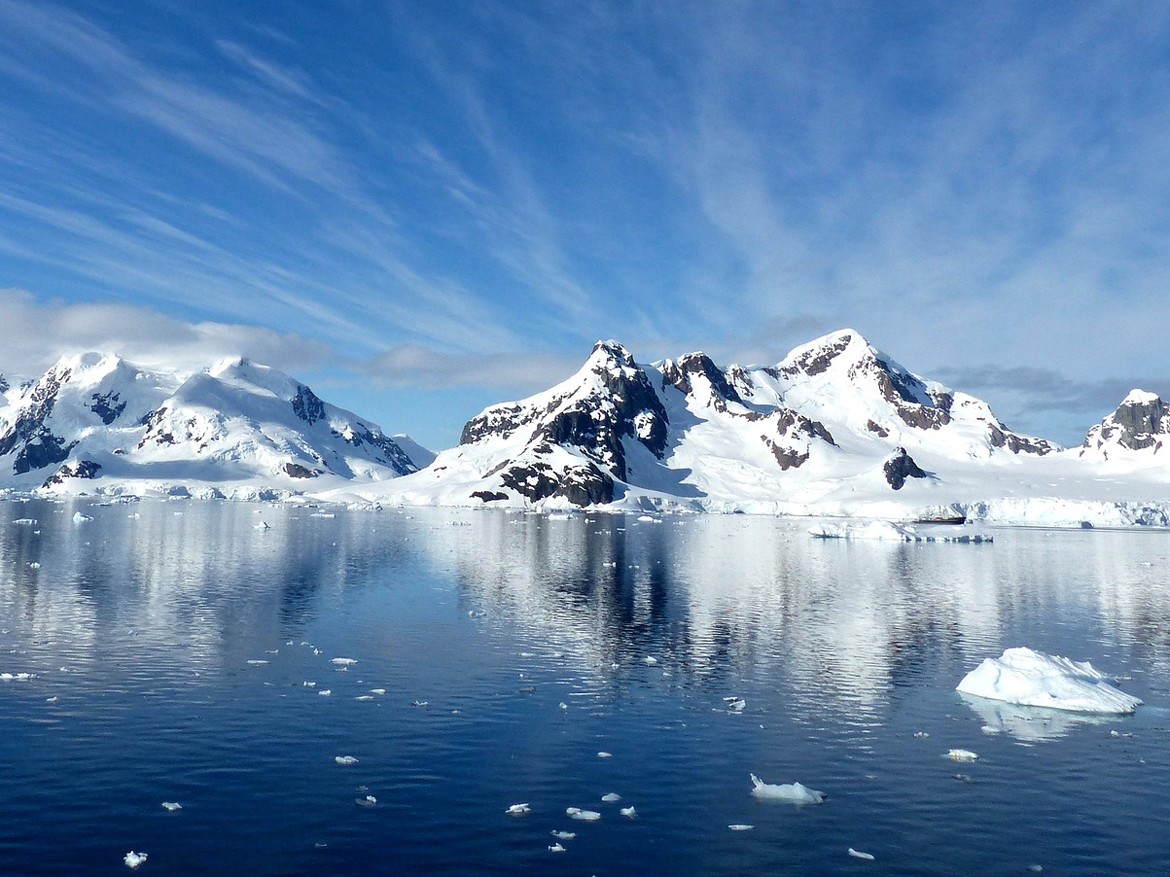 On May 13, 2021, a huge iceberg of 4320km² (an area equivalent to the Spanish island of Mallorca) broke away from the Ronne platform in Antarctica.

The causes of the detachment of this iceberg, named A76 and the largest to drift at present, seem to be part of a natural cycle unrelated to global warming. Although impressive, this process also called "calving" occurs regularly: pieces of ice fall off the Antarctic ice sheet, creating icebergs of various sizes, the largest such as the A76 being obviously rarer.

But if they reproduce locally many times and at shorter intervals, these calving can hide a much more worrying phenomenon linked to climate change that could determine the future of Antarctica, and by extension sea level rise. Because Antarctica is entirely covered with an ice sheet, that is to say a glacial area larger than Europe which stretches out over the ocean to form large floating platforms.

The latter are created by gravity flow of ice from the continent to the ocean and constitute a safety barrier around Antarctica. In the same way that a cork holds liquid in a bottle, platforms hold ice on the mainland. Without this crucial role, immense volumes would flow directly into the water causing sea level to rise.

In recent years, scientists have believed that climate change may weaken platforms around Antarctica. As it warms, the ocean causes them to gradually melt and reduce their ability to sustain. This is the main reason for the current mass loss in Antarctica.

Even more worrying, atmospheric warming can cause the entire dislocation of platforms in a very short time, as scientists already observed in 2002. The feedback platform B, located in the Antarctic Peninsula, disintegrated in a few weeks, generating a significant acceleration of the flow of ice towards the ocean in this region.

In summer, when the snow on the platforms melts, water seeps into the fine pores of the snowpack where it can refreeze. Some summers, this meltwater is too important to be absorbed by the snowpack. The excess water then seeps deeper, or accumulates on the surface, forming lakes.

This phenomenon resulting from the combined action of infiltration and the weight of water can vertically fracture the ice - this is called "hydrofracturing". The piece of platform (or its entirety in the case of Larsen B) is thus disconnected from Antarctica and disintegrates very quickly.

A theory, still hotly debated today in the scientific community, states that the new glacial cliffs thus generated are very unstable and can collapse quickly, causing the ice shelves to disintegrate all the more quickly.

Conversely, if the snowfall is sufficient to regenerate the pores of the snowpack, the meltwater can therefore freeze there and limit the risk of platform fracturing.

This hydrofracturing occurs when the complex balance between snowfall and liquid water - mainly produced by surface melt - is upset. This could happen in the future due to global warming, since a relatively obvious consequence involves an increase in surface melting.

However, temperatures in Antarctica are so low that climate change will also increase snowfall. The (local) evolution of this equilibrium thus seems particularly uncertain.

With a colleague from the University of Reading, we studied the evolution of this equilibrium using a specialized climate model to represent the polar regions.

Our goal was to identify platforms that could disintegrate for different rates of warming. A rise of 4 ° C could lead to the disappearance of 30% of the platforms, including that of Île de Pin. This glacier, by disappearing entirely, could alone contribute to a 1,5 meter rise in sea level.

If greenhouse gas concentrations continue to increase at the current rate, the warming of 4 ° C will be reached before 2100. On the other hand, limiting it to 2 ° C - the minimum objective of the Paris agreements - would reduce the risk of hydrofracturing A half.

The disintegration of ice shelves has not yet been taken into account in the IPCC reports. According to the latest scientific studies, this process could lead to sea ​​level rise of 1 à An additional 2,8 cm by 2100, that is to say an increase of maximum 9% compared to the projections which do not take it into account.

It is likely that the models used in these predictions underestimated ice shelf decays, suggesting that these numbers would only be a low estimate. Nevertheless, predicting the phenomenon remains very difficult.

Some of them in East Antarctica (Amery for example) are already undergoing favorable conditions for a disintegration which, however, probably does not occur. thanks to their particular geographical location offering them additional lateral support.

If there is one point to remember, it is the significant uncertainty associated with the risk of rapidly rising sea level. Scientists now believe that the melting of Antarctica will mainly influence the sea level in the Northern Hemisphere. Its local increase in Europe will therefore depend directly on the situation in Antarctica, which appears to be a determining factor for the future of our regions… with a scenario which could at any time lean towards a more catastrophic eventuality.

This article is republished from The Conversation under Creative Commons license. Read theoriginal article.

Why is there (almost) no water on Mars?