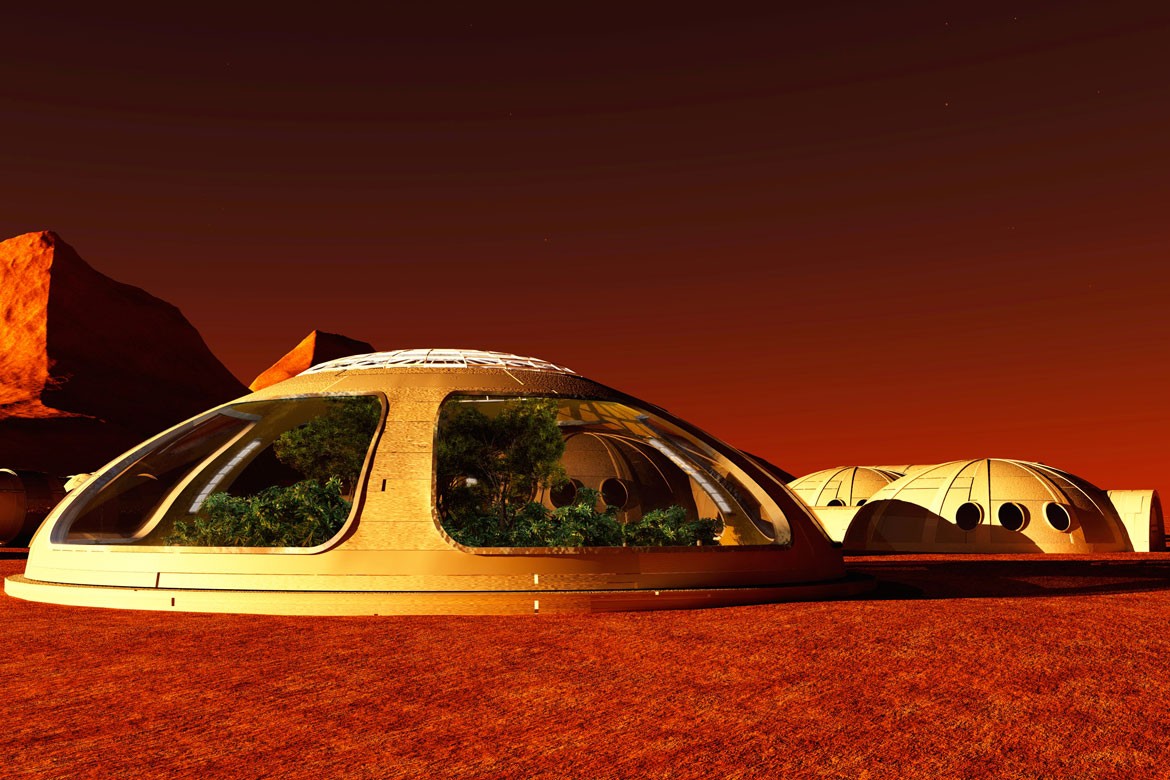 Researchers have developed a catalyst that destroys perchlorate, a contaminant in water. This new water treatment process could make it possible to clean the soil of Mars and make it favorable to the development of crops.

A team led by engineers from the University of California at Riverside (USA) developed a catalyst to remove a harmful chemical from water on earth. This catalyst could also make Martian soil safer for agriculture. And help produce oxygen for human explorers of Mars. A big step forward for Martian space exploration ...

Perchlorate, a harmful compound on Earth and Mars

The toxic chemical compound we are talking about here is perchlorate. A negative ion consisting of one chlorine atom bonded to four oxygen atoms. This product is found naturally in some soils on Earth. And it is particularly abundant in Martian soil. As powerful oxidizer, perchlorate is moreover manufactured by man and used in solid fuel for rockets, fireworks, ammunition, airbag initiators for vehicles, matches or even signal rockets. It is also found as a by-product of certain disinfectants and herbicides.

Due to its ubiquity in soil and industrial products, perchlorate is a common water contaminant. How is it dangerous? It can cause certain thyroid problems. In addition, perchlorate bioaccumulates in plant tissues. So, the perchlorate in Martian soil could make the food grown there unsuitable for consumption. Which would considerably limit the possibilities of human settlements on Mars… That is not enough? The perchlorate present in Martian dust could also be dangerous for explorers.

Take inspiration from nature to get rid of it

Current methods of removing perchlorate from water require either difficult to achieve conditions or a complicated, multistep enzymatic process to lower the oxidation state of the element chlorine to harmless chloride ion.

Yet scientists at the University of California at Riverside may have found the solution. PhD student Changxu Ren and Jinyong Liu, assistant professor of chemical and environmental engineering at the Marlan and Rosemary Bourns College of Engineering, took inspiration from nature to reduce perchlorate in water at room temperature and pressure in a single step.

The Starting Point: Ren and Liu noticed that the anaerobic bacteria (understand bacteria that live without oxygen) use molybdenum in their own enzymes to reduce perchlorate and to harvest energy in oxygen-deprived environments. Molybdenum? A pure metal and an essential trace element for plant nutrition which is found in certain enzymes.

However, this is not the first time that researchers have tried toexploit molybdenum as a catalyst. " Previous efforts to construct a molybdenum-based chemical catalyst for perchlorate reduction have not been successful., explains Liu. Many other metal catalysts require harsh conditions or are not compatible with water ».

A process that reduces over 99,99% of perchlorate in water

The researchers then attempted tomimic the complex microbial process of perchlorate reduction by a simplified approach. For this, they had the idea of ​​mixing three compounds of common use:

They thus obtained a powerful catalyst capable of rapidly and efficiently breaking down perchlorate in water using hydrogen gas at room temperature, without any combustion. " This catalyst is much more active than any other chemical catalyst reported to date and reduces over 99,99% of perchlorate to chloride regardless of the initial concentration of perchlorate Ren says.

The new catalyst reduces perchlorate in a wide range of concentrations, from less than 1 milligram per liter to 10 grams per liter. It can therefore be used in various scenarios, in particular for clean up contaminated groundwater, treat wastewater heavily contaminated from the manufacture of explosives and, above all, make Mars habitable ! To be continued ...

The article titled A bioinspired molybdenum catalyst for aqueous perchlorate reduction has been published in the Journal of the American Chemical Society. Ren and Liu were joined in their research by Jinyu Gao, doctoral student at UC Riverside, Jacob Palmer, undergraduate student, and Eric Y. Bi, high school student. Peng Yang and Mengqiang Zhu, University of Wyoming, characterized the catalyst by X-ray absorption spectroscopy, while Jiaonan Sun and Yiying Wu, Ohio State University, performed the tests. electrochemical. The research was funded by the National Science Foundation.

For Bolivian women, water is the source of life ... and of persistent inequalities

Water scarcity and agriculture: the trail of "unconventional" sources

A new generation of leaders for the ocean